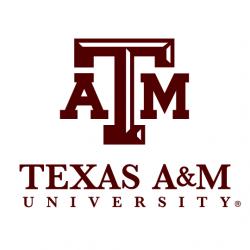 Texas A&M University is located in the twin cities of Bryan and College Station, TX, with a population of more than 273,000, and is conveniently centrally located in a triangle formed by Dallas, Houston and Austin. Texas A&M has more than 69,300 graduate and undergraduate students enrolled. Research expenditures at Texas A&M total more than $922 million annually, ranking in the top tier of universities nationwide. With an endowment valued at more than $11.5 billion, the university ranks third among U.S. public universities and eighth overall.

Texas A&M is aware that attracting and retaining exceptional faculty often depends on meeting the needs of two careers and having policies that contribute to work-life balance. For more information visit http://dof.tamu.edu/Faculty-Resources/CURRENT-FACULTY/Faculty-Work-Life.

With close to 700 faculty members and more than 20,000 students, the College of Engineering is one of the largest engineering schools in the country. The college is ranked eighth in graduate studies and eighth in undergraduate programs among public institutions by U.S. News & World Report, with seven of the college’s 15 departments ranked in the Top 10. The college is also ranked 3rd in research expenditures by the American Society for Engineering Education.