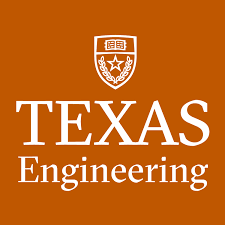 A nuclear option at the University of Texas at Austin has been in existence for over forty years. The earliest known course was Nuclear Reactor Operation and Maintenance and was first offered in 1957. Nuclear Engineering became an option in Engineering Science in 1960 and in Mechanical Engineering in 1970, where it is currently administered. In August 1963, the TRIGA nuclear reactor went critical at 10kW using fuel loaned from the U.S. Government. In 1968, the power was upgraded to 250 kW and then upgraded again in 1992 to 1100 kW at a different site (NETL).

Throughout its long history, the nuclear program has had a commitment to educating the brightest students in the United States and abroad -- a commitment which grows stronger now as the program expands to encompass health physics, radiation engineering, research reactor beam port experiments, radioactive waste management and reactor and computational nuclear engineering. As a result of the ever broadening educational and research needs, in 1997 the nuclear program changed its name to Nuclear and Radiation Engineering to better reflect its new directions.

In the future, the demand for nuclear and radiation engineers is expected to encompass new areas and technologies. Consequently, the graduate with a Nuclear and Radiation Engineering education can expect to have a wide choice of challenging and rewarding career opportunities. An education in Nuclear and Radiation Engineering prepares students to work on a variety of diverse problems at the frontiers of science and technology. These areas include:

When inquiring or applying for positions at The University of Texas, please also reference AcademicCareers.com

Applicants with dual-career considerations can find university jobs such as professor jobs, dean jobs, chair / department head jobs, and other faculty jobs and employment opportunities at The University of Texas and at other institutions of higher education in the region on www.AcademicCareers.com

Email me jobs from University of Texas, Nuclear and Radiation Engineering Program