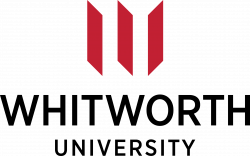 Since 1890, Whitworth has held fast to its founding mission to provide "an education of mind and heart" through rigorous intellectual inquiry guided by dedicated Christian scholars. Recognized as one of the top regional colleges and universities in the West, Whitworth University has an enrollment of more than 3,000 students and offers more than 100 undergraduate and graduate degree programs. In recent years, Whitworth has enjoyed record levels of student enrollment and retention, the strongest financial position in the university's history, and increased external visibility.

Whitworth University's 200-acre campus of red-brick buildings and tall pines offers a beautiful, inviting and secure learning environment. More than $125 million in campus improvements have been made in recent years.

In all of its endeavors, Whitworth seeks to advance its founder's mission of equipping students to "honor God, follow Christ and serve humanity."

Whitworth University is a private, residential, liberal arts institution affiliated with the Presbyterian church. The university's mission is to provide its diverse student body an education of the mind and the heart, equipping its graduates to honor God, follow Christ, and serve humanity. This mission is carried out by a community of Christian scholars committed to excellent teaching and to the integration of faith and learning.

In 1853, George Whitworth, a minister in the Ohio Valley, convinced 15 families to join his in a wagon train heading from St. Louis to the West. Whitworth's was the only family to complete the brutal five-month journey and reach the Puget Sound area.

An ordained Presbyterian minister, Whitworth had initially set out on the Oregon Trail to follow his calling to serve as a missionary. He would go on to found at least 15 Presbyterian churches across the Pacific Northwest. He also served as president of the University of Washington and as superintendent of schools in Thurston and King counties.

In 1883, Whitworth opened Sumner Academy in the village of Sumner, in Washington Territory, under the charge that "No effort will be spared to elevate the character of the school and to make it an institution of learning of the highest grade." On Feb 20, 1890, the school's trustees signed resolutions to increase the curriculum and stature of the academy, which would be known as Whitworth College.

The catalog from 1890 defined the vision for Whitworth College: "It is intended to give both sexes a thorough course of education...ever directing them in pursuit of that learning and culture of mind and heart that make the finished scholar....While it is denominational, it does not aim to be sectarian, opening its doors to all lovers of truth and learning."

In 1899, the college had outgrown the rural community of Sumner and moved to Tacoma. Fifteen years later, when Spokane developer Jay P. Graves offered land in his Country Homes Estates, Whitworth moved a final time. In September 1914, classes began in Spokane.

Whitworth began a new era after 117 years as a college when, in 2007, the board of trustees approved changing the school's name to Whitworth University. The change was prompted by trends in the higher-education marketplace that led the board to clarify Whitworth's standing as a four-year liberal-arts institution. Whitworth's 17th president, Bill Robinson, helmed the transition and said at the time, "As Whitworth University, we will remain as committed as ever to the liberal-arts emphasis and the warm, interpersonal culture for which Whitworth is known."

Today, under the leadership of Beck A. Taylor, Whitworth's 18th president, the university is carrying out its 10-year vision and strategic plan, Whitworth 2021: Courage at the Crossroads. The university has made great strides in deepening its commitments to academic excellence and to the integration of Christian faith and learning, equipping graduates to respond to God's call on their lives with intellectual competence, moral courage and deep compassion.

Email me jobs from Whitworth University