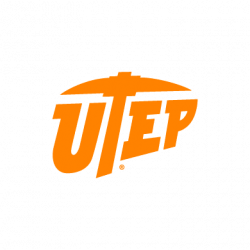 University of Texas at El Paso

The University of Texas at El Paso (UTEP) is forging dramatic new directions in higher education. UTEP has become a national model for creating and successfully executing highly competitive academic and research programs while maintaining a deep commitment to serving a 21st century student demographic. It is this dedication to providing access and excellence to students in the region that has resulted in UTEP becoming a top tier research university with a Mexican-American majority student population.

UTEP officially opened in the fall of 1914 and is the second oldest institution in The University of Texas System (www.utsystem.edu). Today, it enrolls more than 25,000 students and is designated an R1 university (very high research activity) by the Carnegie Classification of Institutions of Higher Education, one of only 130 (4.5%) among the 2,883 four-year higher education institutions across the U.S. UTEP serves its primary constituency — residents of far west Texas, southern New Mexico, and northern Mexico — with 74 bachelor’s degree programs, 74 master’s programs and 22 doctoral programs, including a growing portfolio of online degrees. With an 80% Hispanic student population, UTEP proudly reflects the demographic composition of the bi-national region from which it draws the vast majority of its students. Eighty-three percent of students are from El Paso County and 4 percent are Mexican nationals.

The Brookings Institution, a nonprofit public policy organization based in Washington, D.C., ranked UTEP No.1 among all U.S. public universities for successful achievement in both competitive research and student social mobility. UTEP is the top university in the continental United States for graduating Hispanic students who go on to earn doctoral degrees in STEM fields. It also is recognized as one of the top universities in the U.S. for the number of Hispanic graduates in biological and biomedical sciences, accounting and related services, engineering, homeland security, and law enforcement and related protective services.

UTEP offers 170 bachelor’s, master’s and doctoral degree programs in 10 colleges and schools. It maintains one of the lowest out-of-pocket costs of any research university in the U.S., underscoring its commitment to make education accessible to all.

UTEP’s research achievements draw on such traditional areas of strength as science and engineering, as well as a broad range of programs and interdisciplinary research centers that have evolved with UTEP’s growth and development, including:

For a complete list of research programs, visit: utep.edu/research

UTEP led the establishment 25 years ago of the El Paso Collaborative for Academic Excellence, a PreK-16 partnership that has earned national recognition for its work to transform and vertically integrate the education of young people in the surrounding region. The collaborative, which includes UTEP, El Paso Community College, local school districts and business leaders, has become one of the most successful community partnerships for student success in the U.S. and the model for PreK-16 initiatives across the state and nation. It has received funding from the National Science Foundation, the Pew Charitable Trusts, and other foundations and governmental entities to support its programs to transform teaching and learning in science, technology, mathematics and literacy. Outcomes data strongly validate the success of the collaborative’s work and enable continuous improvement.

UTEP is an urban, public university located in El Paso, Texas, a growing community of more than 840,000 which, together with Juárez, Mexico, forms one of the world’s largest bi-national metropolitan areas. El Paso’s attractive and affordable living conditions and broad range of unique cultural and intellectual options, and the surrounding region’s beautiful mountain desert terrain, abundant sunshine and outdoor recreational opportunities, combine to offer a highly satisfying quality of life.

UTEP – with its annual budget of $500 million, a University-related local economic impact of $1.4 billion, and its cultural, arts, continuing education and athletic programs – is a major contributor to the region’s prosperity and quality of life. Unique in campus architectural styles, UTEP’s facilities were inspired by buildings in the Himalayan Kingdom of Bhutan. The 420-acre campus is bustling with growth, including the recent completion of a number of such significant construction and renovation projects as new state-of-the-art facilities in chemistry, computer science, engineering, health sciences, and nursing, and a major pedestrian-friendly transformation of the campus core.

Recent construction also enhanced quality of life by adding student housing, parking garages, and an expanded recreation center. Construction of a new $85 million interdisciplinary research building is on track to be completed in 2020.

The Stanlee and Gerald Rubin Center for the Visual Arts has become an internationally renowned venue for contemporary art, with a special focus on work relevant to the U.S.-Mexico border region. The UTEP Dinner Theatre is the only full-time dinner theatre on a university campus, and one of El Paso’s most popular entertainment venues, showcasing the talents of UTEP theatre arts students and faculty who have won national recognition for acting, choreography, and set design.

UTEP Miner athletics are an important part of campus culture and community pride. UTEP competes in NCAA Division I-A as a member of Conference USA. UTEP has won 20 national championships in track and field and remains the only university in Texas to win the NCAA men’s basketball championship. In that 1966 championship game, an all African-American Miner starting lineup faced the renowned Kentucky Wildcats, and their victory forever changed the face of intercollegiate athletics. The story of this major milestone in NCAA history was captured in a popular Hollywood film, “Glory Road.”

Email me jobs from University of Texas at El Paso